Chesterfield County: Education in the Crosshairs

The Chesterfield County School System appears to be taking it on the chin these days. Whether its community officials slamming the system and its leadership for irresponsible budgeting or citizens steaming over delayed school cancellations resulting from the snow early yesterday that had the High Schools in and the others out for the day.

It was not the fact that the County closed the Elementary and Middle schools but like everything else these days the late call made by the County to do so. If you were standing in the Starbucks line in Chesterfield yesterday, undoubtedly the conversation for alot of parents was the snow and the schools.

It is ironic that at a time where Chesterfield County faces its biggest shortfall (potentially now 46 million) for its school system that Governor McDonnell unvieled his education reform package yesterday. While I agree with much that he is proposing in his reform package, especially charter schools it is apparent that a great number of Virginia localities are facing an inability to implement any real reform at the school level at this time given current budget woes. many would suspect that the State would pick up the tab for such reforms, but the State as well is in the midst of facing some really hard budget considerations. In fact, this week we learned that if the State changes the funding formula for school divsions that Chesterfield would likely lose an additional 4 million on top of the stimulus funding that never came as a result of Gov. Kaine's withholding the funds.

"The Opportunity to Learn" is the new mantra of Governor McDonnell's reform package and yet here in Chesterfield it very well may be the "Lack of Opportunity"- to play athletics, to participate in school play, to join a foriegn langauge club, to take behind the wheel and drivers education or even apply for the Governor's School. The latter is very ironic in that a school such as the Governor's School program that is to reward those students that are achieving at a high level and yet as our very own Governor talks about rewarding those students our own County could be withdrawing from participation altogether.

It really makes you wonder if the local State leaders such as Loupassi, Ware, Watkins and Martin representing all or parts of Chesterfield are communicating with the Governor regarding the crisis faced by the school system and whether such reforms such as the funding formula are the best thing to do right now. I understand that many us realize that there is hardly a great time for reform otherwise why on earth would it be neccessary, but during this crisis it a matter of the quality of education that Chesterfield has always sustained that is coming into question.

Are we telling our students that they can do with less or are we saying to the System they need to make more with less. Teachers will be facing at the very least a 3% paycut, the classes are definitely going to be raised by at least one possible two students and right now it looks as if some 38 elementary school secretary positions will be eliminated.

And yet NONE of what you are hearing in the news addresses the biggest long term issue of all facing the County and thats the retirement/benefit for local government employees. With a large number of teachers in Chesterfield approaching retirement for example, how can the County hope to replace many of these retireees with what will surely be a reduced compensation package. Why would not a new teacher prefer to locate in Hanover or other Virginia locality where pay is comparable but class sizes much smaller where they can focus more on teaching and less on logistics and administration on a daily basis? Is anyone even really sure what the retirement, pension, benefits ect is going to cost Chesterfield over the next ten years as these teachers and other school system employees retire? You would think that would play a part in any long term plan to dig the schools out of this shortfall.

Right now, the County is keeping its eye on the ball to simply get this next fiscal year planned and paid for, but the long term issues are still going to be there when they come together again next year with even less State funding to work with and potentially less Federal money for such programs as No Child Left Behind and other Department of Education programs.

The question remains just how far the Board of Supervisors are willing to bleed the CCPS regarding programs and staffing. I can tell you this much, if the Board of Supervisors creates a funding scenario where Chesterfield County Schools cuts its athletic programs than you can pretty much guarantee such a backlash that the next election cycle will repeat the results of 2007.

If you recall, in 2007 the County Board of Supervisors experienced sweeping change on the backs of the 2006 pickup victories at the Congressional level throughout the country as national approval ratings for the GOP plummeted. 2007 was the step off again for Democrats in a backlash election against the GOP that springboarded the complete control of Congress with pickups in Virginia in both the House and Senate as well as the Presidency of course.

If anyone has been paying attention to Washington lately or the economy, 2011 could very well be the springboard to 2012 nationally as voters reject the Democrats. I doubt local Supervisors want to participate in that firestorm, but if they allow things like athletics, music and art get cut along with school clubs.......they will certainly be collateral damage to an already poor climate for incumbancy!!!!
Posted by FoodforThought at 10:29 AM 47 comments: Links to this post

The Village of Midlothian Volunteer Coalition Foundation is seeking assistance from the greater Midlothian community to help with the preservation of the Village Entryway sign along the Midlothian Tnpk corridor.

The entryway was dedicated in 1994 and due to recent weather conditions the wooden structure has started to erode in such a manner that the structure very well may collapse in the months following all this winter.

Contributions can be made to:

charles@midlothianva.org
Posted by FoodforThought at 11:05 PM 82 comments: Links to this post 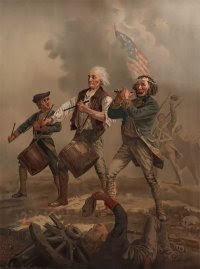 Alter of Freedom will have a new Facebook group page hitting the social networking site this week in an attempt to reach and engage many followers in an easier more efficient manner than the standard blog.

Hopefully, everyone who reads the blog and has a Facebook presence will Join the Group. There is a growing Tea Party base building in Chesterfield that evry well may have influence over the next local Board elections so pass the word along.

Thanks.
Posted by FoodforThought at 10:39 PM 2 comments: Links to this post

Battle of the Boards: School Board v. Board of Supervisors

Chesterfield Fireworks are coming early in 2010. No not at the Fairgrounds but at the Government Complex. The situation facing Chesterfield County regarding the financial shortfall facing the school system now pegged at some 40 million has created a turf war with local government.

Each cycle, we as citizens have an opportunity to cast votes for candidates for the Board of Supervisors and the School Board. The actual role and responsibility of these leaders seems pretty straightforward, however thats only when things are going well regarding the budgets. This is not the first time where our Supervisors, who hold the purse, have decided to interject its power over the School Board by basically trying to influence or better yet modify the School Boards budget to reflect what they want.

The problem for our current Board of Supervisors is this time around it is very ill-timed. Our nation is facing this issue at the Federal level where Washington is attempting to yeild unwarranted influence over banks and auto companies under the grounds that because bailouts came on the backs of taxpayers that they have this right. Its no different here in Chesterfield except the language is a bit different.

The Supervisors are taking the position that because they take in the revenues from taxpayers (the purse) and than distribute it to the School Board (now about 61% of the overall purse) that they should have some say as to how that money is spent by the School Board.

In fact Chairman Daniel Gecker of Midlothian says as much in his statement to school officials that the County (the Board of Supervisors)"does not intend to allocate more (funds)without complete agreement to how the funds will be spent".

Its like the bank loaning you the money but telling you that they will be overseeing exactly how you are spending it and if they do not like how you are using the funds than they simply will halt funding further.

Is this reasonable governance?

The fact remains that various studies and audits have been undertaken regarding the CCPS and in fact Chesterfield has been recognized as one of the most "efficient school systems in the country".

So why is the charge that the CCPS is being mismanaged andn if so why has there not been a push for the removal of Marcus Newsome who recently voluntarily reduced his salary by 15,000 or 7% in the new budget? Its because the Supervisors are blaming the State more so than the School Board. One of Gov. Kaine's last acts was to halt the payment of 25 million to the CCPS through the stimulus package; no doubt a political move given Chesterfield's historical conservative voting record. Doubtful Kaine would have undertaken the same positon for say an Arlington County.

The CCPS employs some 9,000 employees and currently educates just under 59,000 student. Newsome is recommending 3-4% pay reductions and eliminating 304 positions from the rolls and raising the classroom average by one student.

Gecker believes "that there are other items" that should be examined before he pupil/teacher ratio is raised. Maybe, Gecker would be willing to come clean with exactly what those measures should be.

I for one am a strong supporter of limited government and though I believe the CCPS have some opportunities before them as illustrated by the shortfall, I also firmly believe that had the Board of Supervisors not grossly mismanaged the growth in Chesterfield maybe our schools would not be facing such financial woes. Does the School Board control zonings and developments? Do they have any real power with regard to how the County plans the future?

Maybe if our Supervisors want to take over the School Boards responsibilty regarding budgeting, the School Board ought to have some say in what the Board of Supervisors does regarding planning given any decision they undertake directly impacts classrooms throughout the County. So they next time you read about the Board approving some development like Roseland, think about exactly how that may impact the School Board's long term planning as well.
Posted by FoodforThought at 1:36 PM 149 comments: Links to this post